The 24 Heures du Mans (Le Mans 24 Hours) traditionally has a garage reserved for a vehicle that doesn’t fit the current rules. Though the car runs unclassified and is ineligible for any of the prizes, it’s an opportunity for the selected car to run alongside the rest of the racing field and show how their team’s innovation might change the sport if it were to be allowed.

In 2012, Highcroft Racing’s Nissan powered DeltaWing filled garage 56; a car designed to have half the power, half the weight and half the drag, while still racing at the same speeds as the prototype cars.

Reducing the drag is achieved by generating downforce with the underbody, which gives much smoother airflow than wings, and the lower weight is possible because the team was not constrained by the minimum weight limit of a racing class.

Having a highly rearward weight balance (30%:70% Front:Rear) allows thinner, lighter loaded and therefore lower weight front axle. However, to maintain directional stability at speed, the DeltaWing needs its extra body area behind the rear axle (both across the width and vertically from the tailplane) to keep the centre of aerodynamic pressure behind the centre of gravity — This is how the heavy tip of an arrow will always fly in front of the high-area fletchings at the back of the shaft.

Though the DeltaWing didn’t manage to finish the race, they certainly proved the pace of the car by running lap times in the middle of the pack for the LMP2. That’s comfortably faster than the road-car-based LMGTE Pro/Am cars like the Porche, Ferrari, Corvette and Aston Martins though slower than the top prototype LMP1 racers. 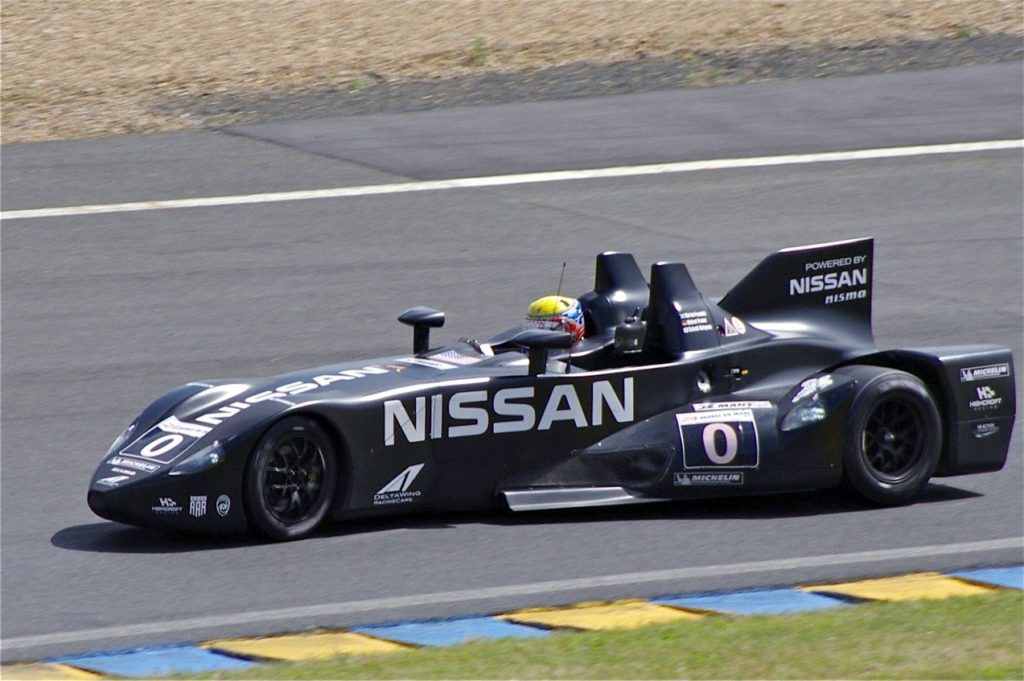 The DeltaWing was pushed off the track and into a wall after 6 hours and 15 minutes in an unfortunate racing incident and were unable to get back to the pits for repairs.

Fuel economy is already an important part of endurance racing; for instance, teams are given a limit of 3600 litres of fuel for the Le Mans event; and increasing the distance a car can go between fuel stops means that team can spend less time in the pits during the race.

With a bit of investigation, it’s possible to estimate how the lower power, weight and drag affects the fuel consumption of the DeltaWing compared to the other cars.

Therefore fuel use per lap can be calculated by:

Miles per UK Gallon can be calculated from:

Just in case the idea of doing 11 MPG doesn’t seem that interesting, let me remind you that is 11MPG while going flat-out, round a racing circuit, while doing an average speed of 135 miles per hour! Oh, and it’s using half the fuel of the cars going an equivalent speed.