On the contrary to what little has been said already about this particular endeavour, the egg in question is actually on the rather large side. Andrew Small’s comissioned piece “Egg Untitled” is a specifically designed installation involving an aluminium subframe which holds 30 dimmable led lights, wifi, controllers and 219 laser cut lenticular panels. The panels themselves hold images of fire which alternately animate on the horizontal and vertical axis creating the illusion of 3D flames. 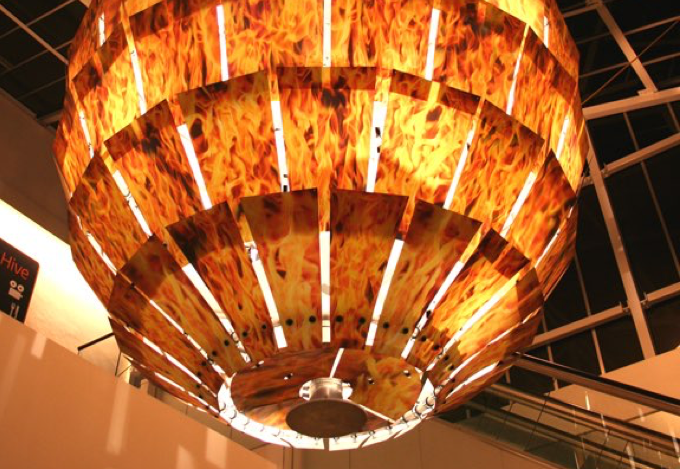 Def Proc was approached by Small who required engineering deisgn for the structure, manufacturing for the 219 lenticular panels and the electronic design for the lighting. With just 3 months from the starting point, right up until installation time, it was a fast paced project.

Def Proc worked alongside MCQN ltd, who was in charge of the functionality which included programming firmware that allowed the client to control the timing and patterns for the LED lights via wifi, for example if the client wanted the lights to flash on the hour, this was one of many options available to them.

We sat down with A. Small and went through the mock ups of his ideas and plans that he had presented to the client and started to help him realise his vision. 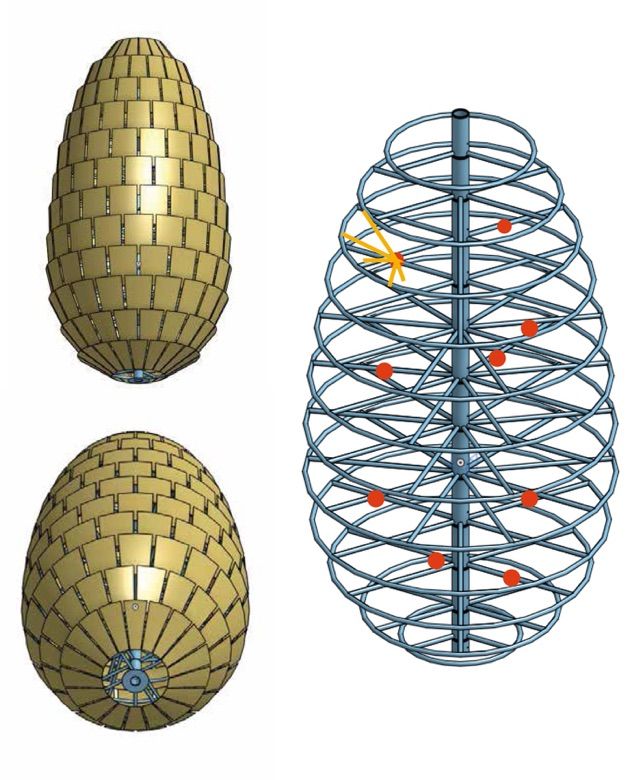 Patrick began setting up the computer aided deisgns for the support frame and lenticular panels. Our engineering drawings were sent off to the metal workers while we chose suppliers for the materials to be used. We collaborated with the metal workers to ensure manufacturability and the the structure could be installed on site as easily as possible. 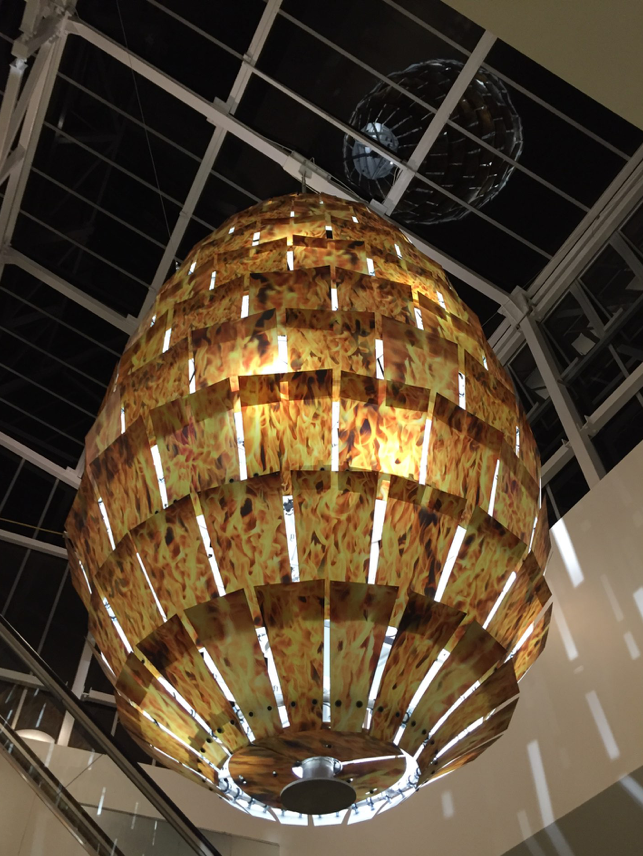 The astouding artwork is on show at the Intu Potteries Shopping Centre, Stoke, to celebrate and enhance the new extension and cinema to the existing mall.

The animated effect of fire from horizontal and vertical axis images by Andrew Small on Vimeo.