The DoES Tower – A Misuse of Trust and a 3D Printer

At Def Proc we were excited to hear that as a part of the Build Your Own exhibition. DoES was lent an Ultimaker 2 Extended 3D printer to kick start a 3D prosthetics group where people who needed prosthesis could build there own as part of the exhibition.

Primarily whilst working on the Build Your Own projects, we took the chance to play with a very big printer and misused the trust to do something cool with it. We were slightly worried how the Ultimaker people would feel about this, but everything worked out ok in the end.

The DoES Tower was a collaboration between us, the CAD Monkeys and Brett Lempereur who did the rest. We decided to create a 1m scaled representation of the Liverpool “Radio City” Tower / St Johns Beacon, but to be quite frank, we just wanted to create something tall and then ideas grew from there.

Brett Lempereur coded the lights around the outside of the beacon that displayed DoES Liverpool and connected them to the internet where the down lights where controlled by twitter. The idea in practice was so you could tweet @Doestower <a colour> which would change the colour of the tower lights, take a photo, and send it back to you with a message that is randomly chosen from pre-selected assortment.

The Tower was created in several different parts and then later assembled. The main stem is made up of 3 parts then the cornice is made up of two parts, one which is created as a support system and the other is indented with holes to show off the led lights, a ring for the windows and then the letter ring which individual letters that have been printed and then attached to a track of neopixel RGB LED’s which light up the letters from inside. The cupola, essentially the mid section of the head of the tower is also the container for the arduino and wifi sheild. The tower is completed by ventilation chimney and the advertising board and is all held together by gravity nails and a weighted base. See here for more information of the process. 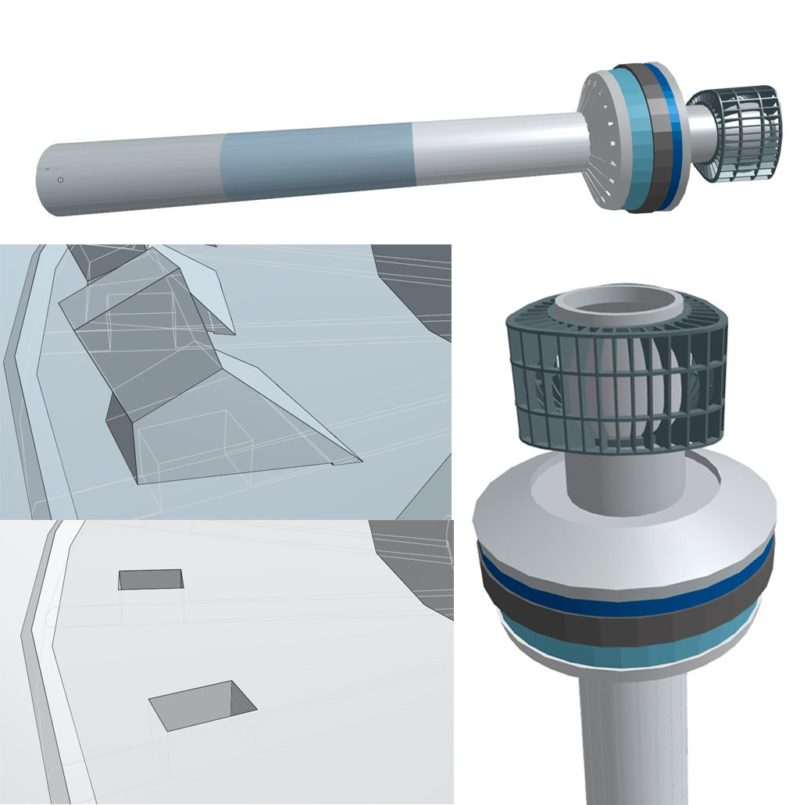 This took a total of 5 days and nights to complete the full printed parts.

This is the largest 3D printed product we have created. It was, in the end a fun and creative project that held many challenges such as creating the sloped hollow pieces as they needed support during printing to avoid any post processing and cleaning. The tower as it stands despite assembly, is how it came out the the printer. 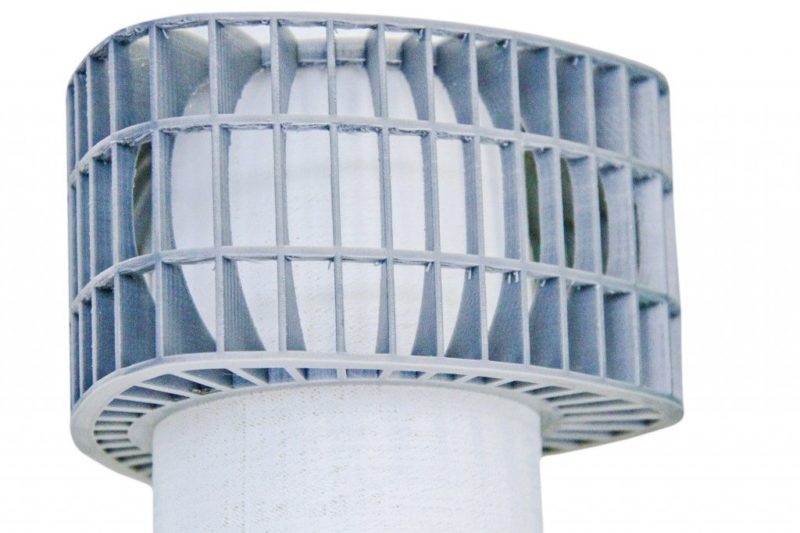 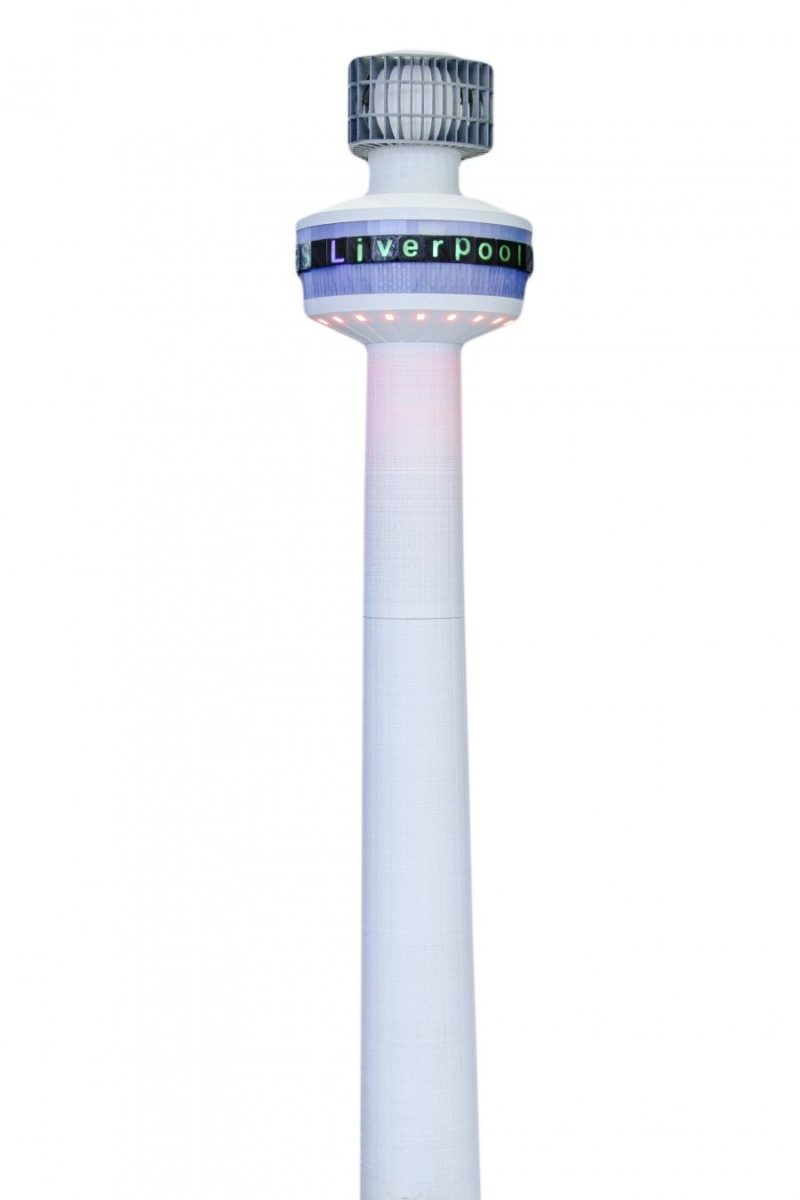 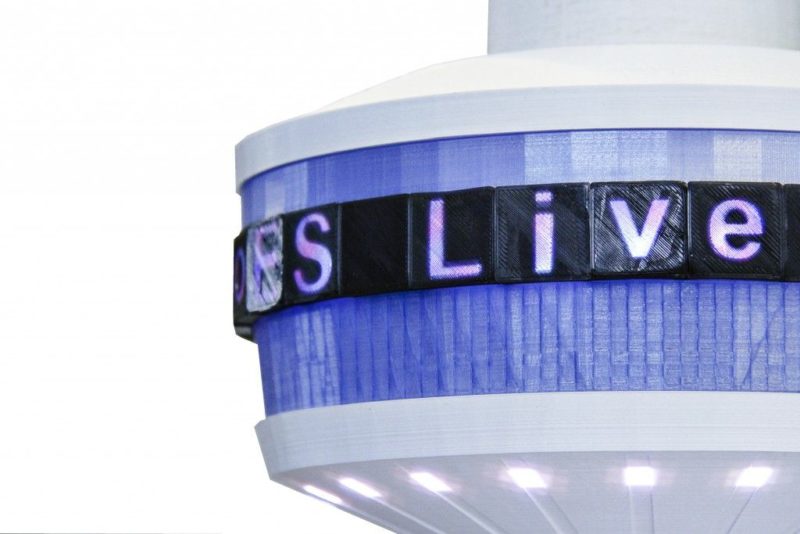 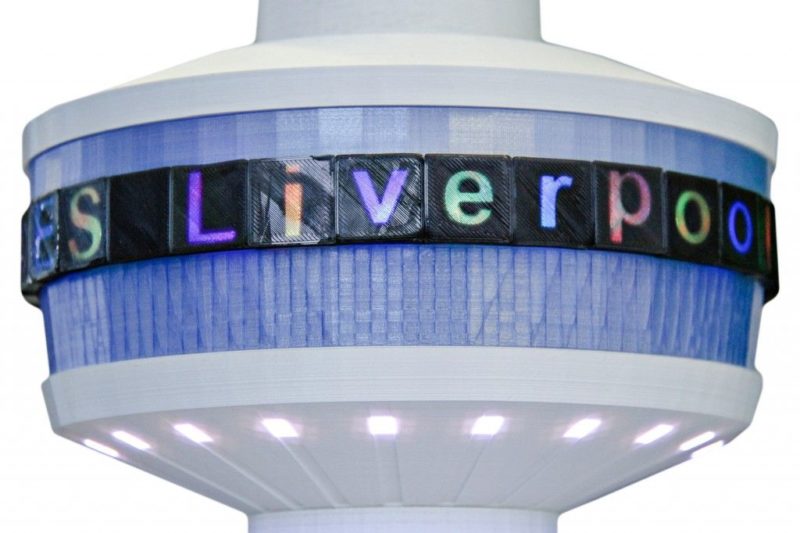 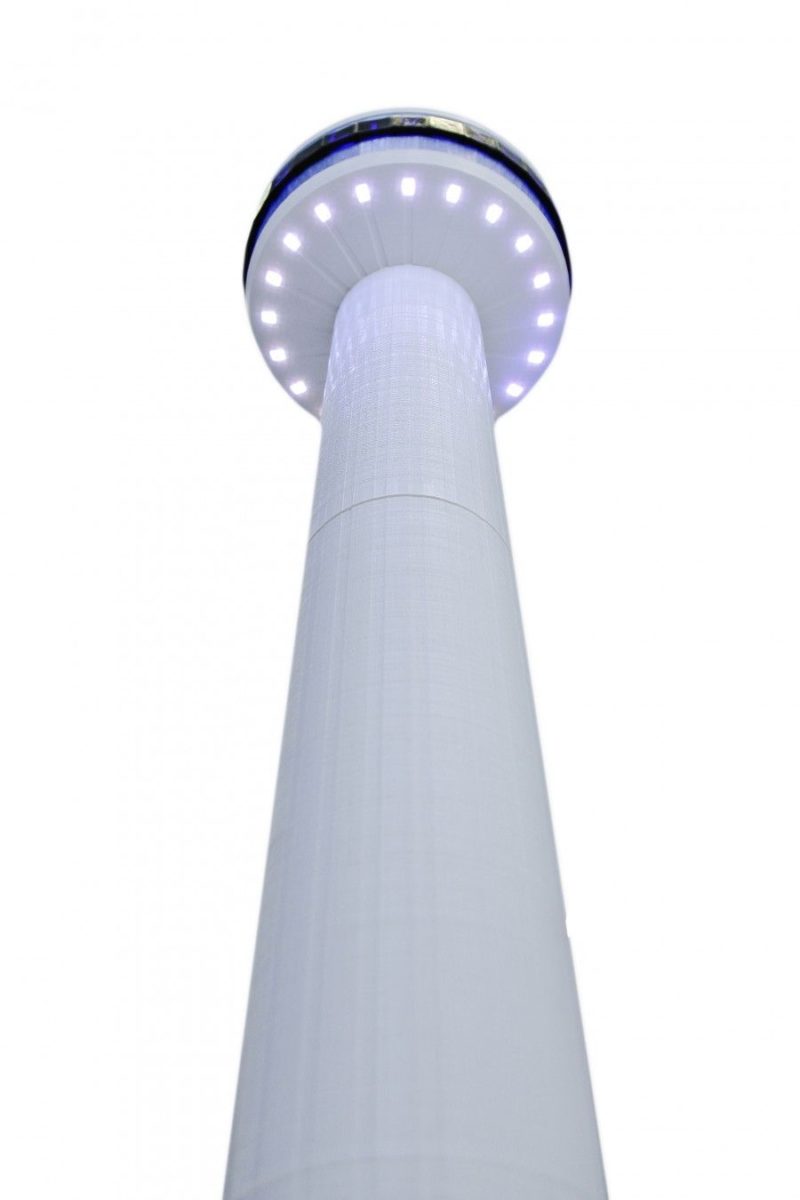