We have recently had the privilege to learn about some new tech and work with some super talented and enthusiastic young people as part of the Maker Difference Project with Liverpool Libraries and Sefton Libraries in conjunction with the amazing Liverpool Girl Geeks.

We have just complete a four-part course at Parklands Library, Speke, Liverpool. Our Saturday mornings have been spent teaching and inspiring 11-14 year old girls to understand coding and how it can be used creatively. We also ran a shorter version of this over 3 mornings during February half term at Netherton Library and Activity Center.

While going into some important technical aspects; the sessions were designed to spark ideas of what they could achieve with the Circuit Playground Express and how creativity is important for innovative programming in the future. We explored the sensor inputs such as light, sound and accelerometer and ventured into creating coloured light animations with sounds and games. 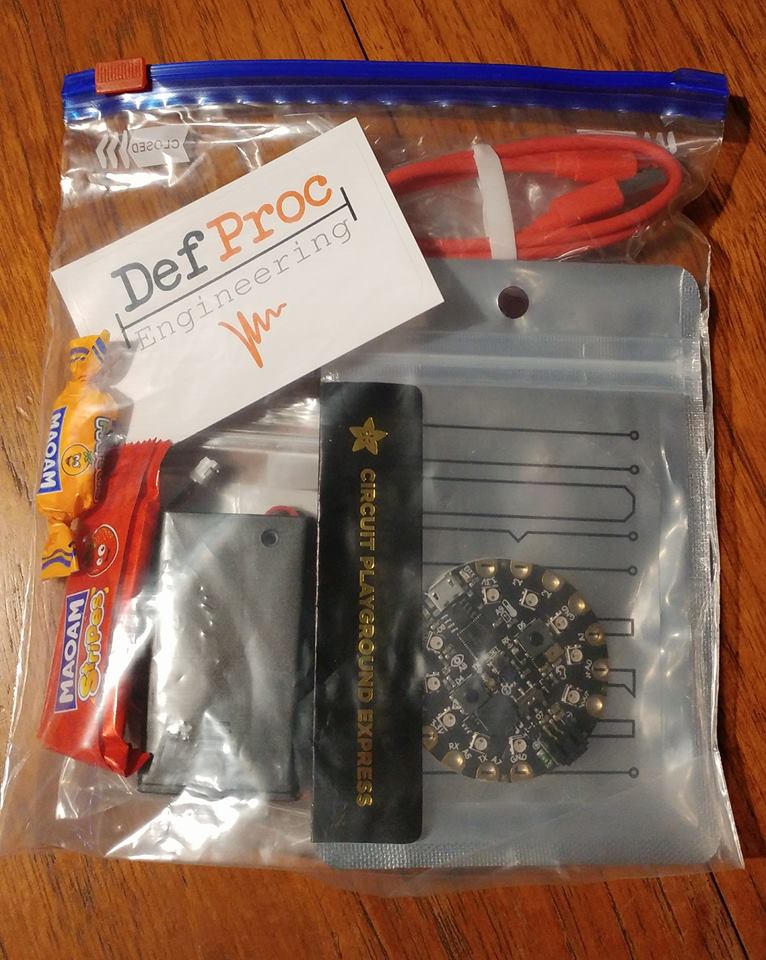 The thing that I have been blown away by throughout this, is the young people’s ability to to pick up a piece of new technology and start trying to have a go at getting a result. On our first session, as soon as I had handed the kits out and demonstrated how to download a simple animation, suddenly they were saying, “look what I have made!” or there was experimental musical sounds coming from the whole room. They were so excited to get going and learn about it!

We did some guided learning so they could understand in more detail how to program the Circuit Playground Express to do what they wanted and we went through some preplanned activities. The important thing that I tried to facilitate throughout this was to give them the opportunity to play and expand the activities. Which they did and really enjoyed themselves in the process. We had lots of imaginative uses for the On Shake input (accelerometer) and how to use the On Loud Sound event. It was interesting when they all decided to see what was the funniest noise they could all make to set the light animations off!

Our final session of the 4 we programmed the Circuit Playground Express so we could play some games. We created a basic game that we all had giggle at called the Hot Potato Game. This is where the timer counts down (slowly at first) and then it gets faster and faster until the alarm goes off and whoever is holding it is out. This was to explore the concept of variables in the program and why they are used. Lots of laughing and having fun ensued!

The second game we created was a target practice style game where the Circuit Playground Express counts how many times you hit the target and when all 10 LEDs are lit it plays a tune and an animation. We also made some basic targets out of corrugated cardboard, wrapping paper and tape; stuck the Circuit Playground Express to the cardboard and set it up so they could shoot at it using foam dart blasters (we used Nerf™ blasters). Everyone had a fantastic session and went away wanting to come again and do more.

I loved teaching this new course and looking forward to doing it again! I would like to thank Liverpool Girl Geeks for their support in this project and encouraging me to take the leap into teaching tech to teens. And also, thank you to Liverpool Libraries for all the hard work that has gone into creating such a great project and bringing making to libraries across the city. 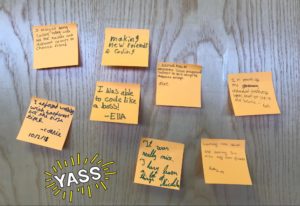 Come along to Young MakeFest at Liverpool Central Library on 23rd March 2018 11am until 3pm I will be doing a drop in Circuit Playground Express workshop! We will also have Made Invaders there too!

Liverpool MakeFest 2018 this year is on 30th June Liverpool Central Library 9am until 5pm!